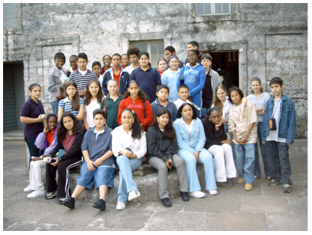 We’ll explore the cobbled streets and feel the history of old Florida on our 2-day adventure through beautiful St. Augustine. The old village is our first destination- the tour giving us a real sense of the layers of rich history here. A trolley will carry us to places of great significance, including the old church and old jail. The Florida Heritage Museum provides a moment for closer study before we head back to the trolleys for a Ghost and Gravestone Tour! The next day provides an opportunity to visit the unique coquina limestone walls of the famous Castillo de San Marco. After a tour of this magnificent fort, we’re off to explore the oldest school and the Spanish Quarter Living History Museum, seeing how everyday people lived so long ago. Add a visit to the lighthouse or the famed Ripley’s Believe It or Not Museum and your students will have much to discuss and remember of this historic place on their homeward journey!

SS.8.G.2.1 Identify the physical elements and the human elements that define and differentiate regions as relevant to American history.